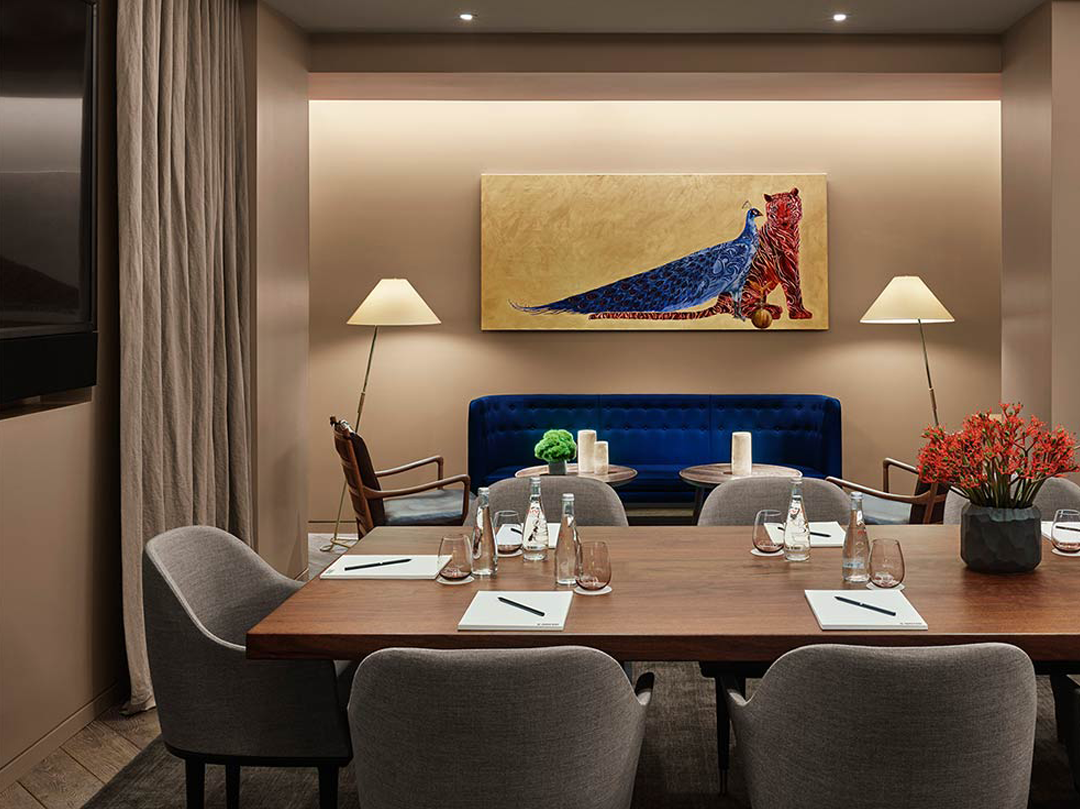 What is modern design?

In the early 20th century, when the Modernism movement emerged, forward-thinking creative forces began springing up and prioritising simplicity, innovation and practicality. Furniture designs during the Victorian era were all about excessive embellishments, while modernism wanted to break away from all that classical extravagance. The ideals of Post World War II or the age of machination, such as commodification, the practicality of materials and excess-cutting could be seen heavily influencing the aesthetics of furniture pieces in this era.

Speaking of Mad Men, many have contributed the widespread blooming of mid-century design (arguably the most popular modern designs that have ever existed) to this hit TV Series. Though not as popular in recent times as mid-century modern (MCM), which refers to the period of 1940s to 1960s, its counterparts such as Bauhaus, L’eprit Nouveau and Scandinavian had also influenced architectural and interior designs all over the world.

Modern design has overcome the passage of time and become a mainstay in today’s industries, however, it is often confused with contemporary design. Modern is not necessarily contemporary, but the latter’s designs often include the former’s elements.

Modern design is synonymous with clean and simple adornment with neutral or natural colours. The goal is to create an open and expansive space or room. Minimalistic décor, barely adorned walls and bare floors also define a modern look.

The Wild Bunch by Konstantin Grcic for Magis.

How can this look be achieved? Minimalism is a key component of modern design so less is definitely more. In a clutter-free space, all attention will be on the details of the furniture pieces and embroideries – clean lines, curves and smooth surfaces. 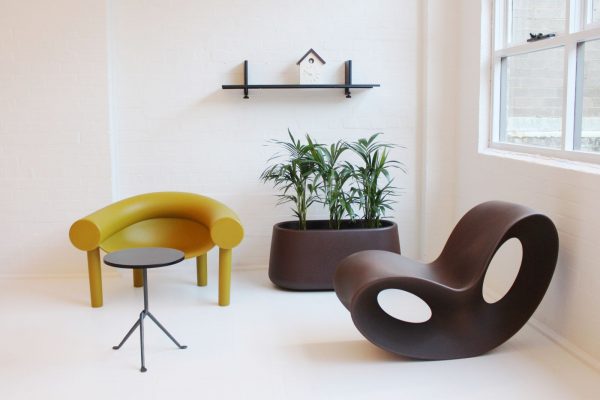 Basically, there isn’t much variety in terms of texture as it goes against the minimalist look and feel. Modern furniture designs also tend to be raised off the floor (unlike traditional sofa skirts) and more open, to give the space a feeling of airiness. Out with the boxy, heavy, ornamented pieces of the past, in with the slimmed down pieces that we see in the current furniture market.

Natural materials are abundantly incorporated in modern furniture and perhaps this is to avoid the space to feel sterile or clinical. Materials that lend warmth and texture such as wood, teak, linen and leather are therefore often used. Additionally, modern styles also incorporate materials from the industrial age as seen in the polished metal furniture legs, wood counters and moulded plastic chairs. 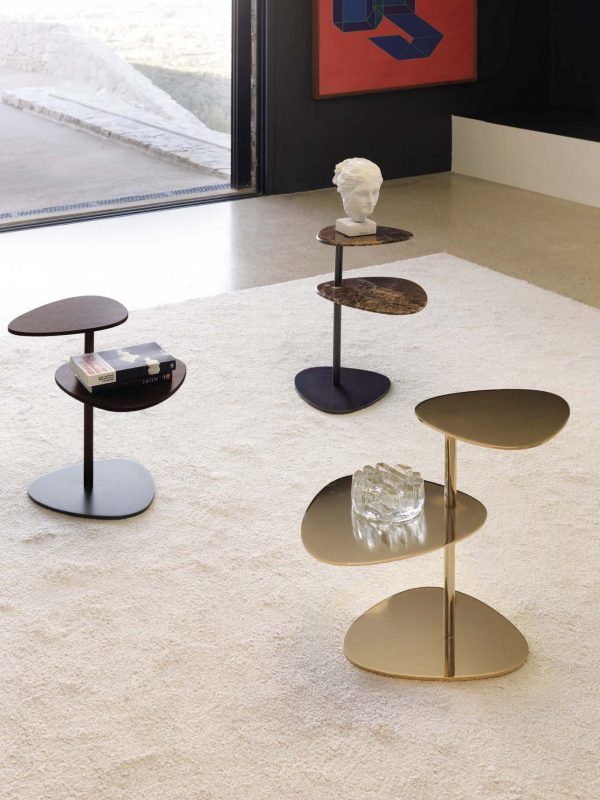 A variety of traditional and non-traditional materials are also explored in modern design furniture. Different and even contrasting materials are juxtaposed with each other. In a modern living space, metal, wood and marble mix well together. Other materials that were introduced during the modern era include glass, plywood and lucite.

In general, modern design tends to combine neutral but darker tones with saturated accent colours. Neutral tones such as black, tan, and white are staples in this style. Usually, sleekness and simplicity are achieved with having only a single colour tone for each furniture piece. 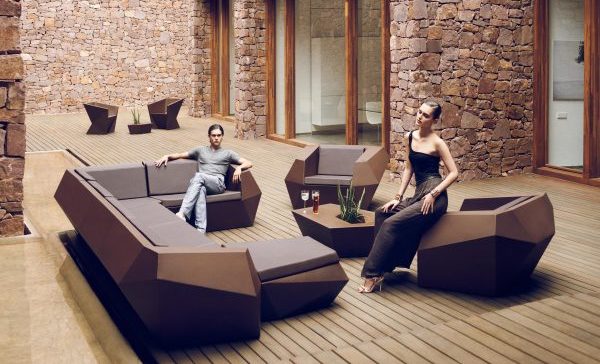 The pieces with single colour tone, which gives uniformity, would then provide an appealing backdrop for the whole space. The design is also welcoming to bold colours in moderation, and a graphic use of black and white or other contrasting tones.

Putting together the right pieces

Homes in the modern era were not as spacious as they are today and to avoid the cramped feel, they were often decorated sparsely. Go minimal by starting with an open space that has a lot less ornamentation. Avoid oversized furniture and a wall full of pictures, as these would only make the room look closed-in and chaotic.

If you browse mid-century modern living rooms on Pinterest, you will be able to notice that there is a lack of television in them. TVs are usually the focal point of most living rooms in recent times but to achieve the modern look, your large window, sliding door or coffee table make better central points. Aren’t they easier on the eyes?

These points not only orients the space but also shifts the eyes to its most important features. Another good tip? Let there be ample natural lighting by doing away with thick and heavy drapery and opting for monochromatic blinds and curtains.

The 60-30-10 rule is usually the go-to colour picking tip in interior design.There should be 60 per cent dominant base colour, 30 per cent secondary colour, and 10 per cent accent colour. Avoid choosing more than 3 to 4 colours and shocking tones and patterns. Check out some inspiration for palettes here.

Rooms that have plenty of natural light benefit from lighter paint shades such as off-whites and warm grays. Apart from plastic and steel, modern design emphasises natural materials such as brick, stone and wood. Brick walls and wood panels, for instance, are embraced well in modern spaces. Fancy or flashy upholstery are usually avoided. 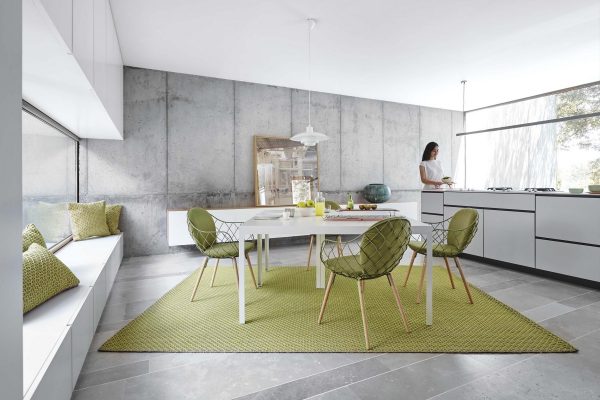 For more inspiration on modern design furniture, look out for some of the best-known designers of the modern era namely Philippe Starck, Karim Rashid, and Patricia Urquiola. 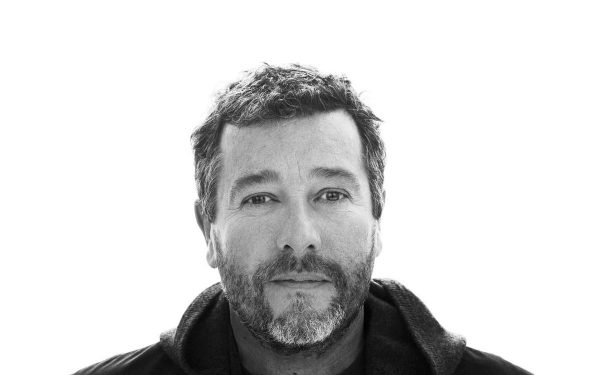 To see for yourselves some of these modern design furniture pieces, head on to Linds Furniture at 162 and 162A Jalan Maarof, Bangsar, or take a peek and browse the products here.

Enter your e-mail address below!